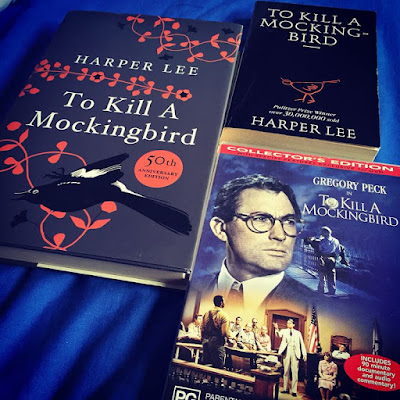 Shoot all the Bluejays you want, if you can hit ‘em, but remember it’s a sin to kill a Mockingbird.

Atticus Finch gives this advice to his children as he defends the real mockingbird of this classic novel - a black man charged with attacking a white girl.

Through the eyes of Scout and Jem Finch, Lee explores the issues of race and class in the Deep South of the 1930s with compassion and humour. She also creates one of the great heroes of literature in their father, whose lone struggle for justice pricks the conscience of a town steeped in prejudice and hypocrisy.

It’s a very special month in publishing as Harper Lee's second book is released on July 14; a sequel written before her Great American Novel (perhaps the greatest American novel), To Kill A Mockingbird. Go Set A Watchman will soon be released worldwide, and I am celebrating by looking back at one of my all-time favourite books – the book that changed it all for me, in many ways.

I first read To Kill A Mockingbird when I was about 9 or 10. And I read it because I wanted to read all my mum’s favourite books, and this was her favourite book of all time (to the point, I was told, that I was nearly named Scout – and I’ve never quite forgiven my mum for not following through with the naming).

It was the first time I read a book and recognised that there was an author behind it – that there were big thoughts and ideas in these words, and that someone wanted to gift them to me. This was amazing. Especially because I was reading it at the same age as Scout Finch was in the book, so I felt like I could definitely be as courageous and thoughtful as Scout.

I remember quite vividly being more caught up in the story of Boo Radley – and Scout, Jem and Dill trying to make him “come out” – more so than in the trial of Tom Robinson. Which, of course, is Harper Lee’s intention. It’s why this novel is the perfect example of “paradise lost” – a young girl’s world that’s only as big as her old town and the extent of true danger is the spooky house on the corner and mean old lady Dubose. But suddenly the world starts expanding beyond Maycomb, as the three children become more and more aware of what Atticus Finch is doing with this latest court case, the trial of a young black man accused of raping a white woman.

That storyline – the true purpose of the book – came as a shock to me, just as much as it does to Scout. Even as this story is an older Scout looking back on her life, there’s a sense of disbelief in her telling this part of her childhood tale. Like she still can’t quite believe the way things turned out, how this injustice could play out.

Gregory Peck once did a promo for Universal Pictures, announcing that the book would be adapted into the 1962 film. And I love what he said about this book, which cuts to the duality of the story; on the one hand it’s based around the local myth of Boo Radley, and then it slowly leaks into very real horrors of American society …

The world never seems as fresh and wonderful, as comforting and terrifying as good and evil as it does when seen through the eyes of a child. For a writer to capture that feeling is remarkable. Perhaps that is why one book in the last few years has been so warmly embraced by tens of millions of people.

Speaking of Gregory Peck and the film adaptation of To Kill a Mockingbird. This may have been my mum’s favourite book, but that is one of my dad’s favourite films (he really doesn’t read) – so I was very lucky to have him insist that I watch the film after reading the book. It really is one of the best films of all time, and Gregory Peck is perfection.

“Miss Jean Louise, stand up, your father’s passin'” never fails to slay me. 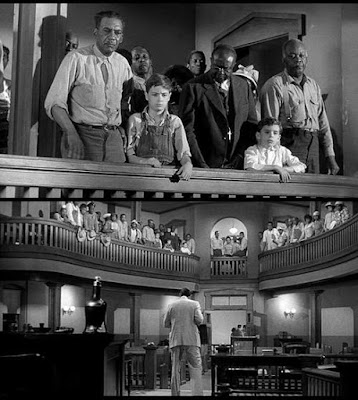 I re-read To Kill a Mockingbird at least once a year, and I’m always struck by just how masterful a storyteller Harper Lee is. I’m forever holding this book up like a prism and catching new light with it. Ditto the film – to the point that I even recently stumbled across this piece of cinematic trivia via IMDB and the moment I read it, I started crying;

Atticus Finch is modeled on Harper Lee's own father, Amasa Lee, an attorney whose 1923 defense of a black client inspired the novel's trial. Gregory Peck met with Amasa Lee - then 82 years old - and formed a strong bond with him. Unfortunately Lee died during filming, so his daughter Harper gave Peck his watch and chain. Peck was wearing that same watch and chain at the Academy Awards the following year when he won the Oscar for Best Actor.

I love To Kill a Mockingbird. So very rarely does a book make you feel like you wouldn’t be the person you are today if you hadn’t read it.

And I am so looking forward to reading Go Set A Watchman, while at the same time I am terrified of it. I’ve grappled with whether or not I should read it at all – given the controversy surrounding. But how could I deny myself the chance to catch up with these old friends I owe so much of myself to? And that is truly how I feel, as so many others must too – that Scout, Jem, Dill and Atticus are my dear friends I catch up with in this Neverland place where they never grow old. I can’t refuse the opportunity to read how they grew up.

•••
I’m also going to read this book because I cannot deny that the world is in need of Harper Lee’s wisdom. There is an eerie feeling of fatefulness that surrounds this book, and the fact that To Kill a Mockingbird was released in the thick of America’s civil rights movement, and right now modern-day American feels like early-1930’s Alabama once again (heck, a lot of the world feels that way these days. Australia included). 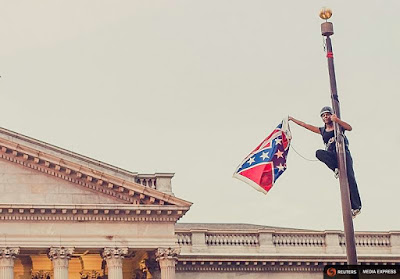 Between Black Lives Matter, and the terrorist attack on a Charleston Church back in June – and the fact that it was that shooting which sparked debate around why the Confederate Flag is still unfurled in the American South … and like I said; Australia isn’t doing much better.

Our politicians throw around the term “boat people” when talking about asylum seekers and refugees, as though it’s against the law to seek asylum – though it is now against the law to speak out against child abuse within detention centres, thanks to that Border Force Act which both major parties supported. The United Nations is telling us that we are treating people inhumanely, as cruelly as the countries from which they are fleeing, and instead of doing something – anything – to change that, our Prime Minister instead calls for the resignation of the woman who is telling the Australian people that our Government is threatening our democracy and human rights conventions. Let me just make this clear: The United Nations finds Australia’s treatment of asylum seekers violates the Convention Against Torture. Against torture! And then there’s the everyday racism that still permeates our nation. That Dawn Fraser can say; “go back to where you came from!” and not even see the inherent racism in her remark. That the Australian public don’t seem to pay much mind to the startling numbers of Aboriginal deaths in custody. It's the fact that in the year 2015, Australia still does not have marriage equality because our Prime Minister won’t even allow a vote - that is draconian. And to top it all off - this week Cabinet Minister Mark Coffey wore a goddamn Confederate Flag shirt.

I don’t know about you, but I find myself in desperate need and want of a new Harper Lee book. If only for some of her wisdom, because there seems to be a serious lack in society at the moment;

“The one thing that doesn't abide by majority rule is a person's conscience.” 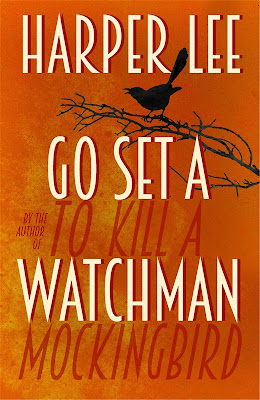