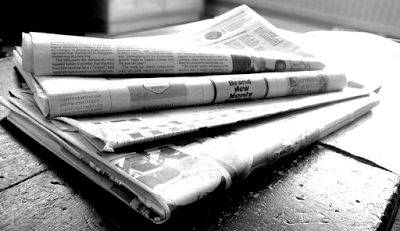 This is part of a series of posts that answers questions I’m often asked about what can be done to support Indigenous books (by which I mean, books written or co-written by Indigenous people).

1.     Review the books! And since Indigenous authors are likely to be published by Indigenous publishers or other small presses who do not have the marketing budgets of larger publishers, this might mean building a relationship with the publisher to keep in touch with upcoming releases. It might also require flexibility with respect to review deadlines, as smaller publishers can find it difficult to meet a deadline for review that requires a copy of the book well before release. Does your publication have any processes in place that are disadvantaging Indigenous publishers or other smaller presses, and if so, what can be done to address those processes?

2.     Give Indigenous voices a chance to be heard. There have been some outstanding special editions of literary publications comprised entirely of Indigenous contributors, including the Indigenous editions of Westerly and Southerly.

3.     Shine the spotlight on past releases. There is the most amazingly diverse range of Indigenous voices published in Australia, so why not devote some space to them? Why not review (or write about) multiple publications across the same area, such as the genre-defying picture books that are works of art, philosophy, history and culture (examples include Tjarany Roughtail, Down the Hole, and Maralinga: the Anangu story). Or the incredible Elder narratives (such as Yorro Yorro: Everything Standing Up Alive, Iwenhe Tyerrtye: What it Means to be an Aboriginal person, Listen Deeply, Let These Stories In, My People’s Dreaming, Old Man’s story: The last thoughts of Kakadu Elder Bill Neidjie, Doreen Kartinyeri: My Ngarrindjeri calling – and many others). Or the Indigenous voices in YA (and Magabala Books is leading the way for the number of YA publications by Indigenous authors). Or the winners of the black&write and/or David Unaipon awards.  There is no shortage of published Indigenous narratives, and one of the reasons that there is a lack of awareness of the diversity of Indigenous experiences is that there is a lack of awareness of the diversity of our stories.

4.     Consider how your publication writes about Indigenous books, especially with regard to reviews. Author Malindo Lo, one of the founders of the We Need Diverse Books campaign in the US, has recently written on perceptions of diversity in book reviews. Many of the concerns she highlights are relevant to Indigenous books (including diverse books being characterised as ‘issues’ books). I have previously written of the dangers inherent in judging a book as to cultural ‘authenticity’ or according to preconceived stereotypes as to what it means to be Indigenous. And to these concerns I’d add the following difficulties:

a.     Many people who write about books have considerable expertise in the Western literary canon – but I’d suggest that knowledge of the Western literary canon is likely to be poor preparation for reviewing or writing about Indigenous books, since that canon has largely excluded Indigenous peoples or written of us in ways that are racist, inaccurate or offensive (and the same is true of the representation, or lack of representation, of other diverse peoples in Western literature).
b.     Indigenous storytelling is formed and informed by Indigenous culture. For example – as is discussed by the AIATSIS Guidelines for Ethical Publishing of Aboriginal and Torres Strait Authors and Research from those communities – Indigenous stories will sometimes ‘circle back’ and repeat. The same is true of other non-Western storytelling, but it leaves narratives open to being criticised as repetitive. I’d like to see a more nuanced understanding of the differences in storytelling between cultures, and of the often subversive ways in which non-Western storytellers use Western forms to present our worldviews and experiences.
c.      The ‘one story’ danger, which Nigerian writer Chimamanda Ngozi Adichie has so ably discussed. Indigenous and other diverse peoples of this earth are more than one story, but when one story is all that is known of us, it distorts perceptions and means all our narratives are in danger of being viewed (and judged) through the lens of the little that is known.

5.     Give some space to the concerns affecting Indigenous people (and other diverse authors, for that matter). What problems are Indigenous and other diverse authors contending with in an Australian context? And be prepared to listen to what Indigenous and diverse voices are telling you about what the issues are, rather than framing the issue for us. Real conversations – and a true cultural exchange - requires the creation of a space where people can speak to what matters to them, without having to fit those concerns into the ‘box’ defined by the dominant culture.
Posted by Danielle at 1:59 PM