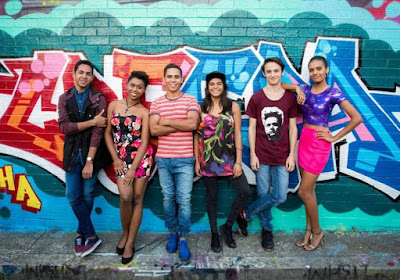 Six teenagers, all elite within their own field, have come to live at Arcadia House to pursue their dreams. For some it's the opportunity of a lifetime. For others it's a last chance.

All are strangers, some a long way from home, and the last thing they expect to find is family.

Far from home, they must find a path through the new challenges and adventures that the big city offers while dealing with all the trials of growing up.

‘Ready for This’ is the new teen drama airing Mondays on ABC-3, an Australian co-production between Blackfella Films and Werner Film Productions.

The show follows six indigenous teenagers moving to Sydney to pursue and hone their talents in sport and music. There’s sprinter Zoe (Madeleine Madden) who has Olympic dreams. Levi (Aaron McGrath) is a talented AFL player, while Dylan (Liam Talty) has interests in electronic music and graffiti art. Ava (Majeda Beatty) comes from a close-knit family and struggles to find her singing voice as she feels lonely and isolated in the city. And the mysterious Lily (Leonie Whyman) is battling some serious aggression and bottling secrets. All six kids move to Sydney hostel, Arcadia House – and find themselves under the watchful eye of caretakers Vee (Christine Anu) and Mick (Lasarus Ratuere). 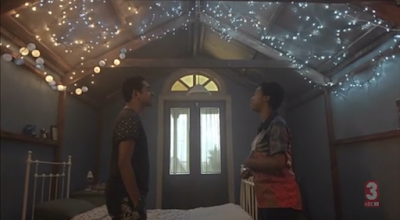 With the first episode we’re introduced to these teens, and hints are dropped about what will be in store for them as they get settled into their new environment. Zoe finds herself butting heads with the blonde-haired, Lorna Jane-clad crowd of established athletes at her new school, one of whom labels her a “blow in” and rattles her nerves. Ava’s homesick and particularly uncomfortable in the concrete jungle of Sydney, at one point musing to Dylan that it seems even the stars have stayed behind rather than come to this place … her upset is compounded by a haunted bedroom, while Lily thinks the spirit may be more of a message for her. Zoe and Levi have an initial attraction, which is thrown off kilter when they realise their families have a Darwin history and ongoing feud that cannot be overlooked …

There are just enough breadcrumbs dropped in this first episode to seriously hook viewers – characterization and the tentative establishment of relationships were particularly nicely done in this introduction. I especially loved that ‘Ready for This’ really does feel like an ensemble – meaning all of these fascinating tales will get their time in the spotlight. 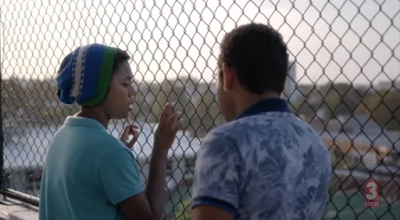 I also do love this cast – many of the younger actors are new and clearly impressive talents to have been uncovered. Others are a little more familiar, like Aaron McGrath who has recently starred in another brilliant ABC production ‘Glitch’, but also in another favourite Blackfella Films production, ‘Redfern Now’. I remember McGrath in particular, because he appeared in my favorite episode ‘Stand Up’, about an indigenous scholarship kip attending a prestigious private school who keeps refusing to sing the Australian national anthem, for deeply personal and cultural reasons … it was such a powerful episode and McGrath so impressed me, and I’m beyond thrilled to see him appearing more and more on our TV screens! I particularly love the little touches to his character that definitely hint at the larger, important context of a TV show like ‘Ready for This’ … like the photo on Dylan’s wall, of Nicky Winmar’s famous protest (FYI, read the book ‘Black and Proud: The Story of an Iconic AFL Photo’) or the fact that he does sport a Sydney Swans jersey after a year of utterly disgraceful racism lobbed at (now retired) AFL star Adam Goodes. 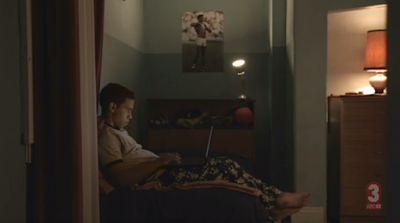 ‘Ready for This’ is the dream-time melding of two seriously impressive production companies in Blackfella Films and Werner Film Productions. Blackfella being the creators of the aforementioned ‘Redfern Now’, a series that really did change the Australian TV landscape at a time when our local content was dangerously whitewashed. Werner Film Productions, meanwhile, was the creator of international success ‘Dance Academy’ – another Aussie teen TV series that I absolutely fell in love with. That these two have come together to create Australia’s first Indigenous teen drama is happy news indeed – even while there is a fair amount of sighing involved to realize it is the year 2015, and we’re only just reaching this milestone.

‘Ready for This’ is an impressive and welcome new addition to the Australian TV landscape, particularly for teen audiences coming to this coming-of-age drama which focuses on indigenous characters. The first episode has absolutely hooked me (and if you missed it, it’s currently up on ABC iView!) I’m so excited to have a new ABC drama series to obsess over.

Email ThisBlogThis!Share to TwitterShare to FacebookShare to Pinterest
Labels: Ready For This, TV