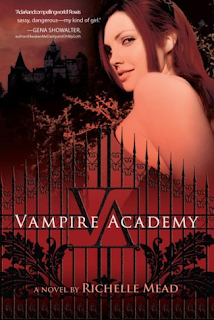 So I went to listen to Richelle Mead's Q&A at the Knox Civic Centre (her first reading in Australia) as apart of her worldwide promotion for 'Blood Promise'.
Here's the scoop;
- Rose has 2 more books told from her perspective in the 'Vampire Academy' series. But Richelle has been contracted for 6 more books set in the VA universe, but told from the perspective of a new character. The new character is someone we have met before - but Richelle obviously can't reveal who the narrator of the spin-off series will be, because that would give away who lives and dies in the next 2 books.
- The 'Dark Swan' series was contracted for 2 more books, but Richelle tentatively said there is potential for more Eugenie books. 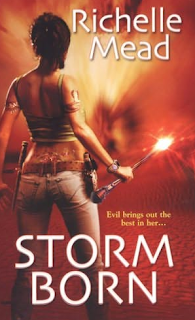 - While the 'Georgina Kincaid' series is Richelle's personal favorite (mostly because Georgina's sense of humor is very close to Richelle's own) it sounded as though that series will be wrapped up in the next 2 books ('Succubus Shadows' released April 2010). 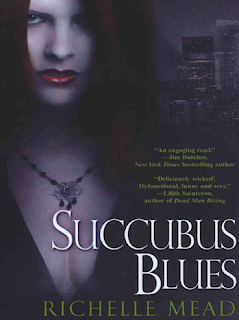 - Richelle said a big inspiration for her novels came from reading the 'Dragonlance' series by Tracy Hickman and Margaret Weis.
- I asked Richelle about any new series/books in the works, and she said something about a new potential adult project.
- There are no plans for a Vampire Academy movie. No studios have bought the rights to her books, and while Richelle knows about the many youtube trailers for a fictional VA movie, she can't bear to watch them. She said she reacts oddly to seeing people's representations of her books - even fanmade pictures and videos.
Posted by Danielle at 7:51 PM