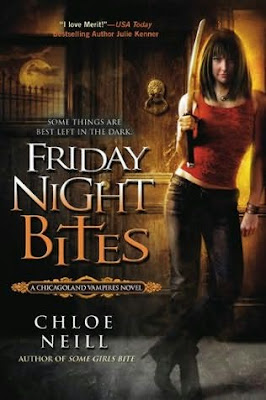 I think Merit was really wishy-washy in ‘Friday Night Bites’, particularly in her relationship with Navarre House master, Morgan. Admittedly, Merit knows she’s being unfair toward Morgan and is a little sheepish about her hesitation regarding their ‘relationship’. I can appreciate that while she is wishy-washy, she’s aware of her wishy-washyness. That being said, I understood Merit’s dilemma regarding her feelings toward Ethan and Morgan. Merit is attracted to Ethan, but doesn’t want to be. Merit wants to be as attracted to Morgan as she is to Ethan, but can’t seem to muster the feelings. It’s a pretty common dilemma, and I could relate to the relationship problems Neill gave Merit… even if I’ve never been stuck having to choose between an incredibly sexy vampire Master, and an insanely scrumptious vampire Master.