Ross: Rachel claims this is her favorite movie.

If I’m feeling the need to impress people I’ll say that my favorite book is ‘To Kill a Mockingbird’ or ‘The Great Gatsby’. I do love these books, but if I were stuck on a desert island they wouldn’t be my first preference of reading material. That honor goes to two books that, upon reading them for the first time, I felt an instant kinship with the characters and author – Melina Marchetta. 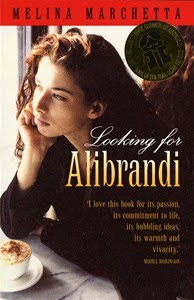 For as long as Josephine Alibrandi can remember, it's just been her, her mum, and her grandmother. Now it's her final year at a wealthy Catholic private girls' school where the nuns couldn't be any stricter. But that doesn't seem to stop all kinds of men from coming into Josie's life, including her father!

Caught between the old-world values of her Italian nonna Katia, the no-nonsense wisdom of her mother Cristina, and the boys who continue to mystify her, Josie is on the ride of her life.

Then there’s Jacob Coote – the dangerous head boy of the local public school, with a less than stellar reputation (the boy, and the school). Try as she might to dissuade him, Jacob is in hot pursuit of Josie and she can’t help but respond to his crass flirtations. 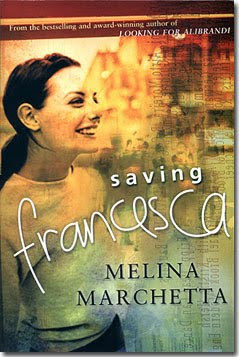 Then one day, Mia is too depressed to get out of bed. One day turns into months and as her family begins to fall apart, Francesca realizes that without her mother's high spirits she hardly knows who she is. But she doesn't yet realize that she's more like Mia than she thinks. With a little unlikely help from St Sebastian's, she just might be able to save her family, her friends, and especially herself.

Melina Marchetta's unique musings on teenage life heavily influenced and reflected my own adolescence. The stories are not diminished by time - rather they are timeless. Even now, more than a decade after my first reading, I still find these books to be comforting, insightful and the most relevant reflection of Australian youth. 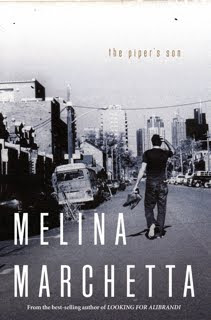 I am thrilled to find out that Melina Marchetta is writing a sequel to ‘Saving Francesca’, called ‘The Piper’s Son’. This book will be told from the perspective of one of the male characters from ‘Saving Francesca’ – Thomas Mackee, and is set 5 years after ‘SF’. The book is due for release in March 2010.

Email ThisBlogThis!Share to TwitterShare to FacebookShare to Pinterest
Labels: Melina Marchetta, YA