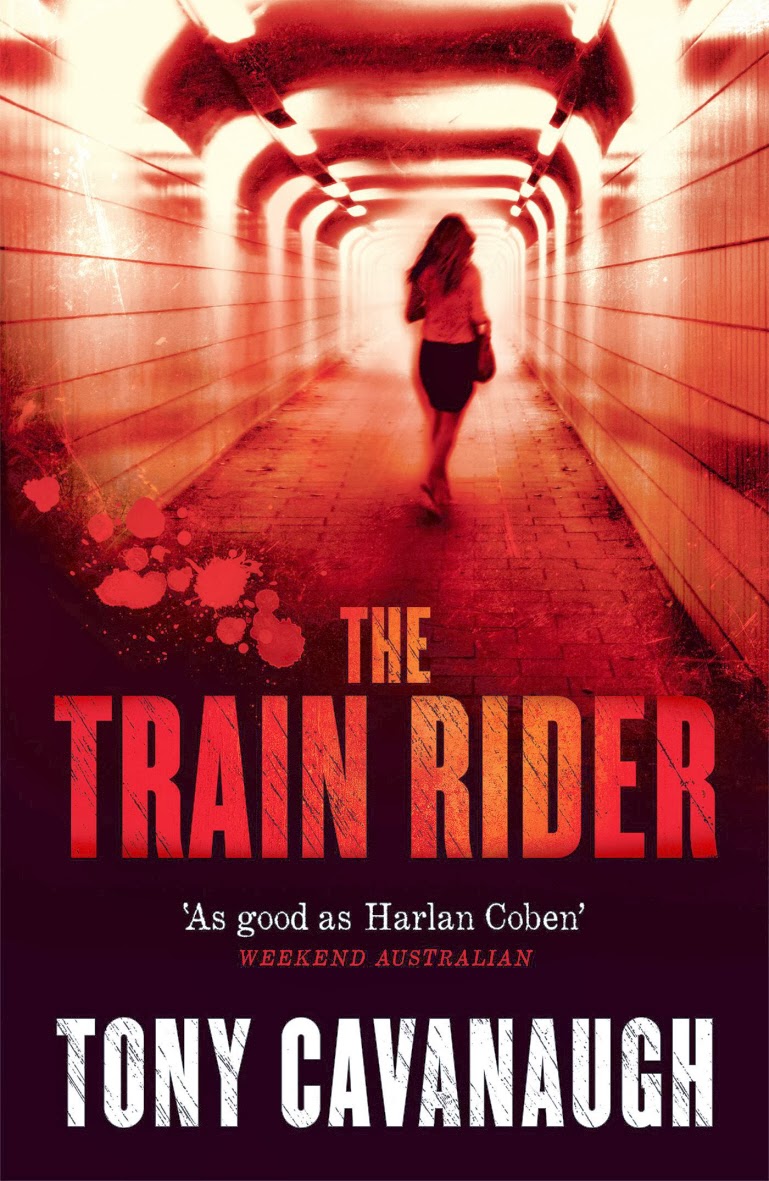 One man pushed Darian Richards to the edge. The man he couldn't catch. The Train Rider.

As Victoria's top homicide investigator, Darian Richards spent years catching killers. The crimes of passion, of anger, of revenge ... they were easy. It was the monsters who were hard.

Someone was taking girls. At first he'd keep them a week then give them back. Darian warned that wouldn't last. It didn't. From then on, their bodies were never found. Girls kept disappearing. All they had in common was the fact they d last been seen on a train.

The ever-rising list of the vanished broke Darian. Forced him to walk away. Now, retired, watching the Noosa River flow by, the nightmares had finally stopped. Darian was never going back.

Then three girls go missing from Queensland trains. Darian knows that the killer is playing him. He has a choice to make. But when the decision means a girl will die, there is no choice. He has to stop this man once and for all. Forever.

He’s back. The man, the murderer, who forced Melbourne’s best homicide detective off the force and into the quiet serenity of Noosa in Queensland. The Train Rider abducts girls from train carriages – in the beginning he raped and tortured them, then dressed them in the rags of his previous victims and abandoned them in parking garages for the police to find. And then he stopped giving the girls back; they just started disappearing, dead and buried somewhere unknown.

Melbourne’s top cop, Darian Richards pursued the Train Rider for years, with no success. Until he finally threw in the towel – turned his back on the case and the force.

But now he’s back, having followed Darian to Queensland. Girls have started going missing, from trains. And Darian gets a visit from the local priest who says he’s heard a murderer’s confession.

The Train Rider is back – and he wants Darian to play.

I really, truly hope this isn’t the last Darian Richards book in Tony Cavanaugh’s gripping-gruesome crime series. Since first book ‘Promise’, when we first met Darian and learnt that he was plagued by his failure to find the Train Rider serial killer operating out of Melbourne, this third book has been the pinnacle of the series. The one in which Darian is forced to once again confront the one that got away.

There is a lot in this book that sets up a longer-haul for Darian. Like his reconnecting with escort-turned-love-interest, Rose, who Darian used as bait to catch serial killer Winston Promise and whom he finally apologises to and woos back in ‘The Train Rider’. Darian, a self-proclaimed loner with a disastrous romantic track-record peppered mainly with prostitutes, lays his heart on his sleeve for Rose and raises the stakes for himself by making an emotional promise to her that’s linked to finding the elusive Train Rider.

Then there’s his erstwhile ‘partner’, local policewoman Maria who helped Darian on his last two forays back into the world of homicide and who is dating his only friend, Casey, a 50-something retired criminal also living in the secluded North. Maria has been a focus in the series since reluctantly partnering with Darian and having her moral fibre come under scrutiny for helping in his vigilante justice campaigns. But she’s a tricky character in herself – and I would like to spend more time with her in the series. In ‘The Train Rider’ she’s lured into Darian’s “game” with the serial killer, and she’s experiencing serious doubts about her unlikely relationship with Casey, while also wondering if there is something to Darian’s own form of justice.

There are plenty of loose ends and open-ended relationships in ‘The Train Rider’ that I hope means this isn’t the last we’ve seen of Darian Richards. The Dashiell Hammett-type cop who spouts deeply cynical zingers like;

Nostalgia for me is like God: of no use.

It’s also wonderful that in this book Darian returns to his old Melbourne stomping ground. This setting is particularly fruitful for Cavanaugh’s noir-ish observations;

Melbourne was a city of murder. That was the only way I could see it as the night pushed down on me.

It was so great to be back.

I also hope this isn’t the last we see of Darian for Maria’s sake. In this book in particular she’s given even more of a murky moral compass, and I can really see her holding her own if more books are planned. She has a really keen eye and a disgruntled spirit that I think has a lot more to offer this series;

… male cops tended to follow the laws of being a tough guy set out by John Wayne and Clint Eastwood in the middle of a canyon, on a horse, in the 1850s. Somehow that image, from countless movies, set the role for cops in Queensland – all over the country, really – in the second decade of the twentieth century. In fact, for as long as she could remember. Maybe, she thought, the solo warrior with a rifle by his side and a horse below him, bathed in a harsh sun and squinting at dangers far away, was the image to aspire to for men in general.

Like with the other books in the ‘Darian Richards’ series, we’re given a first-person narrative glimpse into the serial killer’s mind. It’s depraved, as usual. As is the grotesque murder-spree the Train Rider conducts. But one thing I thought was missing from ‘The Train Rider’ was mention of a serious ethical over-step Darian mentioned back in first book ‘Promise’. Part of the reason he retired from the force and turned his back on the Train Rider investigation in Melbourne was a broken promise he made to one of the victim’s mothers … who he then had a very close romantic encounter with. I remembered that little factoid about Darian (enough to make mention of it in my review at the time) and thought that the Train Rider’s reappearance in Darian’s new Queensland life would surely bring this indiscretion, and the woman, back to the fore. But she’s never mentioned and I found that to be an odd omission.

This is a series full of machismo – and even while Darian chastises the redneck Queensland police officers he comes into contact with (particularly over their sexist treatment of Maria and women in general), Cavanaugh has written the two main women in Darian’s life with a misogynistic eye. Rose and Maria are young (20-something) bombshells with tiny waists, long legs and big boobs. Rose was the escort Darian started to fall for over a year of Tuesday meetings, and in the ultimate far-fetched daydream, Rose started to fall for Darian in return. She walks around like a middle-aged man’s wet-dream come to life: in Black Sabbath tank and white short-shorts.

And since Maria helped find serial killer Winston Promise in a previous book she’s been given the nickname ‘Glamour Cop’ by her colleagues and her live-in partner, Casey, jokes that Playboy will come calling with the hopes that she’ll pose with a Glock between her breasts. Darian’s tech-man Isosceles has a serious Raquel Welch obsession, and for Maria’s resemblance he has developed a puppy-love crush on her.

I actually found Rose to be quite boring – she really does read like a cardboard cut-out male fantasy and even with serious trauma now in her past (thanks to Darian) she’s nothing more than a vessel for his ardour, rather than an actual human-being. Maria, on the other hand, I find fascinating. She doesn’t seem to pay much attention to what she looks like, regardless of how much Darian and Isosceles make of her appearance. Rather, Maria has real conflict as a straight-laced cop who is becoming somewhat seduced by Darian’s vigilante justice.

Then there are the other women Cavanaugh portrays – the victims. As they’ve been in the past two books, in ‘The Train Rider’ they are once again young and beautiful girls falling prey to the sick machinations of a serial killer. At one point in flashback to the Melbourne Train Rider case, one of Darian’s officers on the taskforce observes that the only thing connecting all these victims is their attractive appearance, to which Isosceles quips; “Well, he’s not going to take an ugly one.” Even the female victims in this series are treated like pretty props for male fantasy. Interestingly enough, the day I finished reading ‘The Train Rider’ I read an article that said actor Helen Mirren criticized the increasing number of TV murder victims who are young women as part of her Bafta honour speech. The same could probably be said for the female kill-rate (often linked with sexual depravity) in crime novels.

I do enjoy this series, testosterone-fuelled it may be and with a problem in its portrayal of women. But I like Darian, and I’m fascinated by Maria. In this third book I can see real longevity for the series, and I’m crossing my fingers that it won’t be long before I can read another complex case headed by Darian Richards. 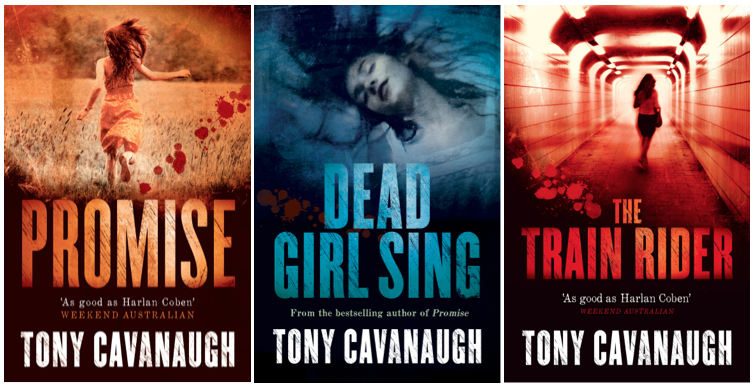