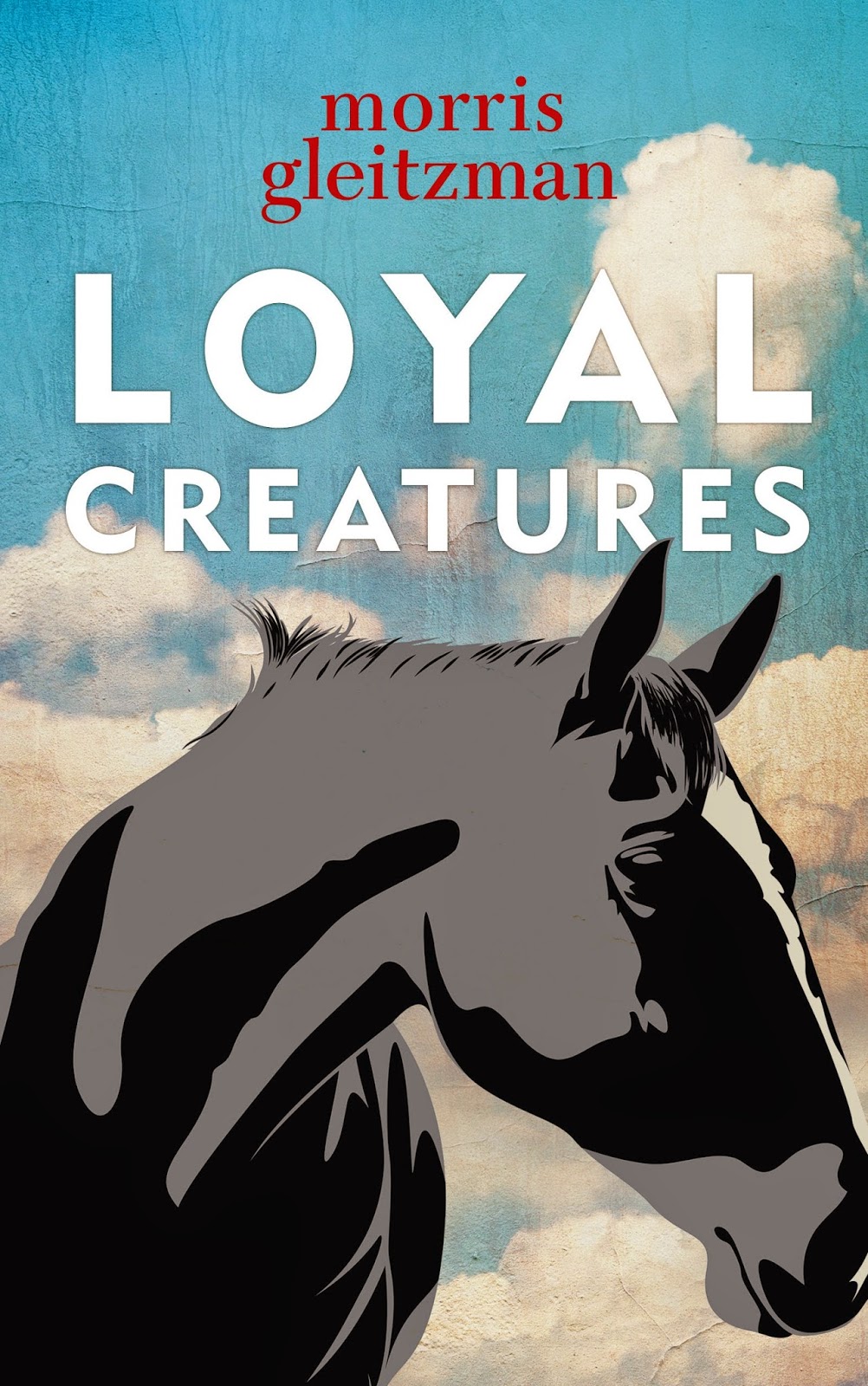 Like many of his mates from the bush, Frank Ballantyne is keen to join the grand adventure and do his bit. Specially as a chest full of medals might impress the currently unimpressed parents of his childhood sweetheart. So Frank ups his age and volunteers with his horse Daisy ... and his dad.

In the deserts of Egypt and Palestine he experiences all the adventure he ever wanted, and a few things he wasn't expecting. Heartbreak, love and the chance to make the most important choice of his life.

From Gallipoli to the famous charge at Beersheba, through to the end of the war and its unforgettable aftermath, Frank's story grows out of some key moments in Australia's history.

During WWI nearly 150,000 horses were transported from Australia and conscripted to the army – majority of their owners joined the Lighthorsemen, and were sent to the Middle Eastern theatre.

I am a huge fan of the famous Australian author, but even this book surpassed my expectations and is most certainly a favourite of 2014. Even more so since last week I had the absolute pleasure of attending a performance of the book’s first incarnation – as a stage play – in an event hosted by Penguin Teacher’s Academy and the Centre for Youth Literature at the State Library. Actor Paul-William Mawhinney was the protagonist in the powerful one-person show of ‘Loyal Creatures’, playing 16-year-old Frank Ballantyne – and the performance added new dimensions to the book for me and wrung new emotions from the page.

In 2012, the National Theatre of London was preparing to bring the stage production ‘War Horse’ to Australia. To bring an Australian perspective to the play, adapted from Michael Morpurgo's 1982 children's novel of the same name, they approached renowned Australian children’s author Morris Gleitzman. In 2005 Gleitzman had released the first children’s book in a four-part series called ‘Once’, set in 1942 about a Jewish boy called Felix who is searching for his lost parents. The final book ‘After’ was released in 2o11, and was the end to an emotionally draining, heartbreaking but daring series that explored the Holocaust in a most important way for children – and Michael Morpurgo obviously knew Gleitzman was in a good position to tell a new war story, also for children. Thus ‘Loyal Creatures’ the stage play was written.

Available from Penguin Teachers is the entire script of the ‘Loyal Creatures’ play, which includes a brief note from the author explaining why he then wanted to adapt it into a novel; “Writing the novel gave me the opportunity to further develop Frank and Daisy’s story, add extra characters and include incidents and details that there hadn’t been room for in the play.” 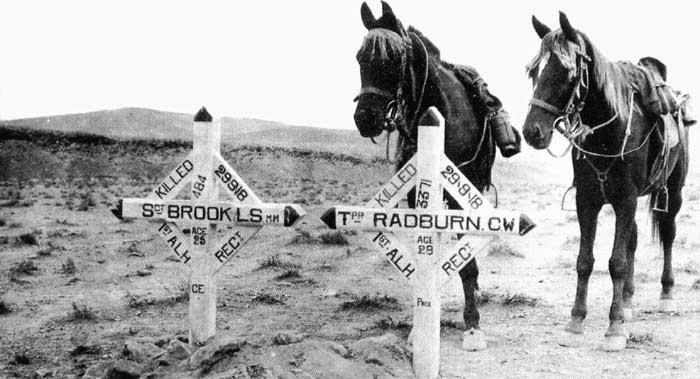 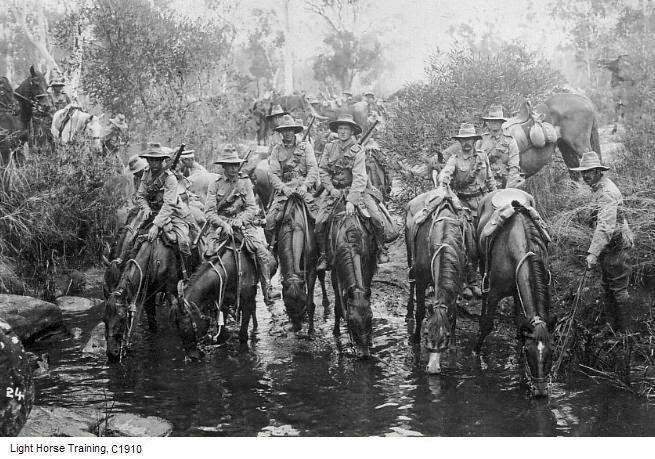 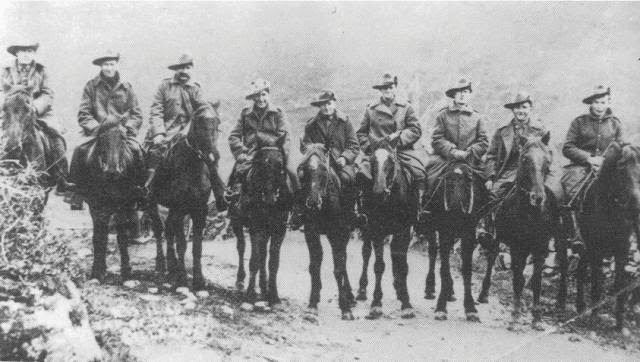 I am so grateful that Gleitzman decided to create play and novel. Both are remarkable in their own right – emotionally wrenching and telling an aspect of WWI history that is almost entirely unknown. Indeed, Morris Gleitzman only stumbled across the information about 150,000 horses sent to war, and the one coming back, during his research. And I can understand why so little is known about this aspect of the war – it reveals the army’s bureaucratic cruelty and goes against the most celebrated ANZAC legend. It instead is a subversive story about the cruelty of man and the sheer pointlessness of war … while also celebrating humankind’s connection to the animal kingdom, and perhaps what that reveals in our own capacity for kindness (when we allow it).

Did I want to go?

Who wouldn't want to choof off to distant exotic places, give a pack of mongrel bullies what for and have the sort of experiences you just didn't get in the Cudgegong district.

When I told Dad I wanted to go, he tried to wallop me round the head with a canvas bucket.

Not too hard, I was bigger than him. But I was still surprised. Hitting people with buckets wasn't Dad's style. Plus, since Mum died, me and Dad were a team. Mates. You didn't go round whacking your mates in the head with work utensils.

Something was going on.

Dad glared at me. 'You and me'll be first in the trenches,' he said, 'if Germany invades New South Wales. Till then we'll stay out of other dopey idiots' wars.'

I squinted up at the blokes riding past. They didn't look that dopey to me.

‘Loyal Creatures’ is the story of Frank and his father who both sign up for the war and bring their horses – Jimmy and Daisy – with them. But neither can anticipate that a war which is meant to be over by Christmas will see 416,809 men enlisted, of which over 60,000 will be killed and 156,000 wounded, gassed, or taken prisoner.

But it’s the story of Frank and Daisy that dominates, as both man and beast navigate this God forsaken war the best they can. Far from home, Daisy is a constant and welcome reminder of home, of what Frank is fighting to return back to – they become true comrades, and in the play Frank is governed by his father’s words of wisdom:

‘Loyal Creatures’, the novel and the play are truly remarkable texts. Based on a true, saddening story, Gleitzman imbues this long forgotten historical factoid with warmth and humour, madness and human weakness. He will make you look at war differently, critically, not least by illustrating man’s capacity for kindness alongside the senselessness of war and violence.