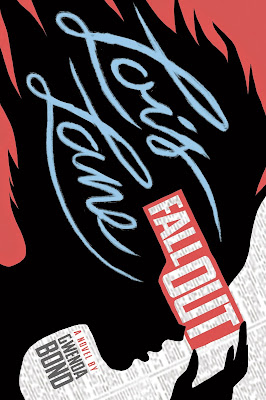 Lois Lane is starting a new life in Metropolis. An Army brat, Lois has lived all over—and seen all kinds of things. (Some of them defy explanation, like the near-disaster she witnessed in Kansas in the middle of one night.) But now her family is putting down roots in the big city, and Lois is determined to fit in. Stay quiet. Fly straight. As soon as she steps into her new high school, though, she can see it won’t be that easy. A group known as the Warheads is making life miserable for another girl at school. They’re messing with her mind, somehow, via the high-tech immersive videogame they all play. Not cool. Armed with her wit and her new snazzy job as a reporter, Lois has her sights set on solving this mystery. But sometimes it’s all a bit much. Thank goodness for her maybe-more-than-a friend, a guy she knows only by his screenname, SmallvilleGuy.

‘Lois Lane: Fallout’ is the first book in a new (though in many ways, established) young adult series from author Gwenda Bond.

I have been so excited for this book, ever since the blurb/concept was first announced – a young adult book based in the DC comic book universe of Metropolis and Superman, but focused on a teenage Lois Lane. SO. MUCH. YES. And now that I’ve read ‘Fallout’, I’m thrilled that it managed to live up to my hype.

Now, I wasn’t a fan of The WB/CW television series ‘Smallville’ when it aired. I tried, and I only watched the first season and wasn’t hooked enough to ever revisit it. HOWEVER, growing up I was a huge fan of ‘Lois & Clark: The NewAdventures of Superman’ with Teri Hatcher and hunky, hunky Dean Cain. I also quite liked the 2006 film ‘Superman Returns’ with Brandon Routh … at least I liked it so much more than colour-bland (everything bland, really) Zack Snyder’s ‘Man of Steel’ from 2013 (and to that – ‘Batman v Superman: Dawn of Justice’ looks stupid).

Having said all that – I think anyone can pick up ‘Lois Lane: Fallout’ and come to the story with some level of cultural osmosis about the Superman series, even if they’ve never been interested in the comics or watched any of the adaptations. Bond touches on only the big, basic plot points of the Superman origin – there’s no feeling of *wink, wink – nudge, nudge* to make the comic-uninitiated feel left out.

In this new series, Lois Lane is a 16-year-old army brat whose family – mother, younger sister and decorated General father – are finally settling in one place for longer than a couple of school terms, since her father was offered a permanent position in the budding city of Metropolis. As an army brat who has always been on the move (which is a good thing, because she has a tendency to attract trouble wherever she goes), Lois doesn’t exactly have many friends. Except one – in the virtual world, Lois chats with a mysterious boy who goes by the handle ‘SmallvilleGuy’ and who first reached out to Lois after she posted a story online about seeing something out of the ordinary in the skies above Kansas.

When she starts at this new high school, two major events shape Lois’s path in this new town – she’s offered a position on a student newspaper and youth spin-off to the Daily Planet, and she stumbles across a serious case of bullying that’s being ignored by school administrators.

‘Fallout’ follows Lois on her first investigative piece as she tries to take down a group of gamers who call themselves ‘Warheads’ and have a Hydra-mind mentality when it comes to virtual and real-world bullying of fellow classmates.

I really loved this book – especially because Gwenda Bond made sure that the most important aspect of this new series isn’t how interesting Lois is in relation to Superman, but rather how she’s interesting (and pretty kick-butt) in her own right. Readers get to see Lois’s genesis story, in a way, and it’s incredible that we’re present when she gets bit by the journalism bug and starts researching real-life heroes like pioneering journalist Nellie Bly who inspire her to do good by seeking out the truth to expose corruption and injustice;

SkepticGirl1: We protect people, see what other people miss. We don’t need anyone to look after us 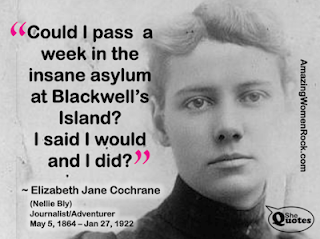 And while readers know exactly who that boy is she’s chatting to, SmallvilleGuy doesn’t steal the show – rather, he’s a fairly subtle hint of background romance and even somewhat of a sidekick to Lois’s intrepid reporter.

I opened the silver lid of my laptop and typed in my secret fourteen-character alphanumeric password. After it was accepted, I opened the chat window and put in the next code.He was there waiting, or at least it looked like he was. The second I logged on to my chat account, invisible to anyone else, I saw his handle. Before I could type a greeting, he did.

SmallvilleGuy: I expected to see you on the news, the first girl ever kicked out of a Metropolis high school on her first day. I was going to tell you I was impressed. But a job?

I have seen a few reviews that liken Bond’s Lois Lane to Veronica Mars – and I can definitely see the comparisons and book-appeal for the VM fandom. But ‘Fallout’, and I’d suggest this entire Lois Lane series, isn’t nearly as dark/gritty as Veronica Mars was – there’s no murder, but both Veronica and Lois are quick with the quips and the young women are marshmallows, deep down. I think a more apt comparison – particularly for the hard news aspect – would be to another TV show, this time from the 90’s called ‘Press Gang’. I would say that Lois is much more aligned with character Lynda Day from that show … and if you don’t know what the heck ‘Press Gang’ is, do yourself a favour and YouTube! 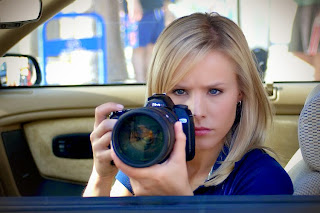 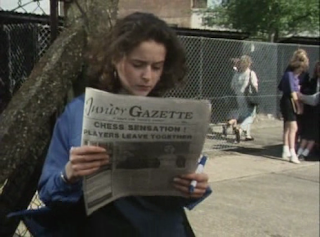 Bond also does well to fill up and flesh out Lois’s world with family and the friends/enemies she’s making at school. Her relationship with her father is especially interesting in that he’s both taught his daughters how to take care of themselves (with sneak-attacks to teach them tae kwon do and the like), but he’s still an over-protective father who struggles with letting his girls trust themselves and do their own thing.

The general world-building in ‘Fallout’ is also superb, particularly because it’s very much set in the comic-book world of Metropolis, but in modern day. Of course it is – when Lois is friends with Clark Kent/SmallvilleGuy via online chatroom, and she’s taking down a group of bullying online gamers. So we get some pretty hilarious references to geekdom pop-culture in particular, like Dire Wolves and this hilarious suggestion that John Green’s Nerdfighters have penetrated the culture to become a legit high school tribe;

The Nerdfighter contingent would have been identifiable by the fact that half of the table was reading (or more likely re-reading) one of their favourite author’s books – alternately laughing or weeping, depending how far in they were – even if a few weren’t also wearing T-shirts featuring him and his brother, along with tiny video cameras for making their next vlogs beside their trays.

I also just loved that Lois is dealing with something as relatable and serious as school bullying in this book – there’s some hints that there’s a bigger something going on in Metropolis (and I’m crossing my fingers that future books introduce the Luthor family!), but it’s great that Bond has Lois dealing with real-world issues.

I really loved this book, and I can’t wait to read more in this new young adult series. Lois Lane is a fantastic character to explore retroactively in her teenage years, and to that I especially love that author Gwenda Bond is letting her grow into herself away from the Superman legend. I could see this series having serious longevity, and sure SmallvilleGuy and all his baggage could come into play down the track … but for the meantime I like the idea of getting to know Lois in her own right.