'The Lovely Bones' by Alice Sebold ... revisiting books you thought you hated 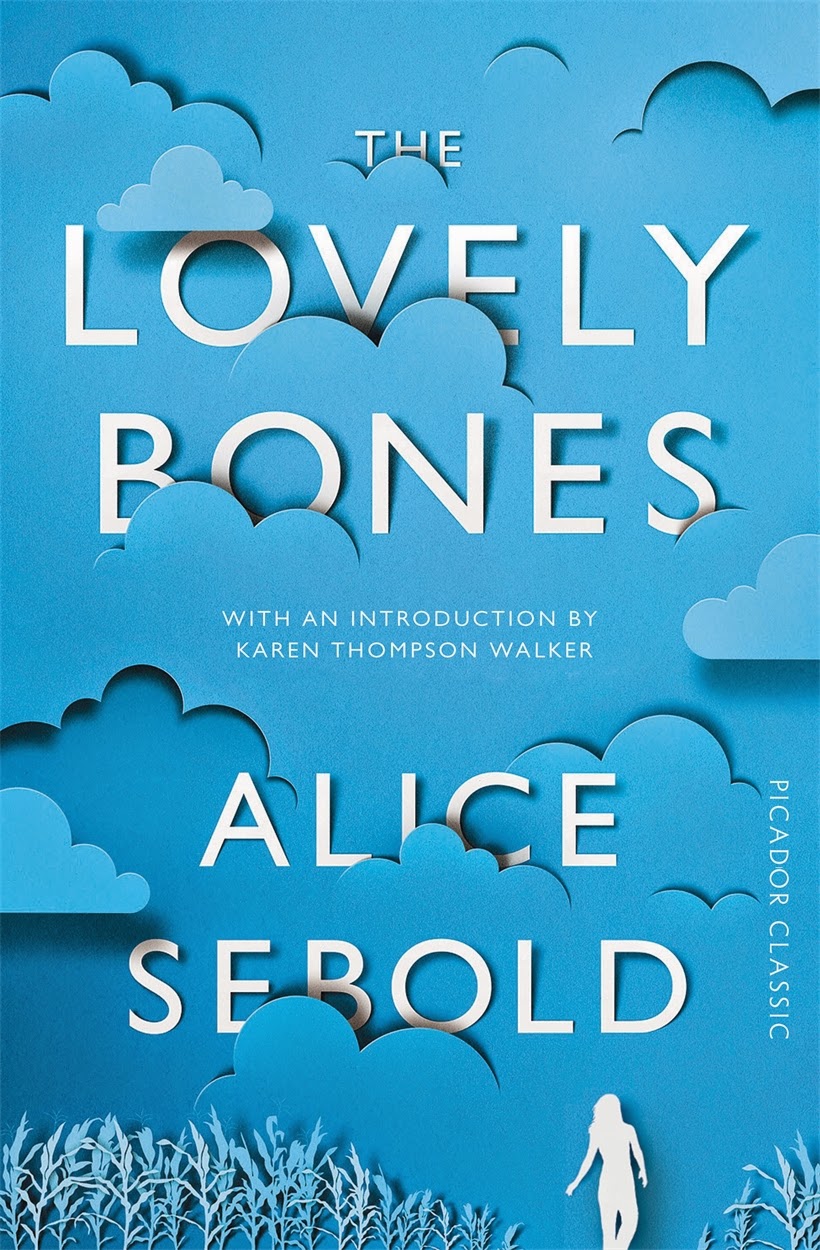 The Lovely Bones is the story of a family devastated by a gruesome murder -- a murder recounted by the teenage victim. Upsetting, you say? Remarkably, first-time novelist Alice Sebold takes this difficult material and delivers a compelling and accomplished exploration of a fractured family's need for peace and closure.

The details of the crime are laid out in the first few pages: from her vantage point in heaven, Susie Salmon describes how she was confronted by the murderer one December afternoon on her way home from school. Lured into an underground hiding place, she was raped and killed. But what the reader knows, her family does not. Anxiously, we keep vigil with Susie, aching for her grieving family, desperate for the killer to be found and punished.

Sebold creates a heaven that's calm and comforting, a place whose residents can have whatever they enjoyed when they were alive -- and then some. But Susie isn't ready to release her hold on life just yet, and she intensely watches her family and friends as they struggle to cope with a reality in which she is no longer a part. To her great credit, Sebold has shaped one of the most loving and sympathetic fathers in contemporary literature.

‘The Lovely Bones’ was the 2002 novel by Alice Sebold.

When ‘The Lovely Bones’ came out it was an instant bestseller and one of those word-of-mouth books that seemed to be everywhere. I read this book when I was 15, and I hated it.

I remember hating it, quite vividly – getting to the last page and wanting to chuck it across the room I was so disappointed. I even remember that my hating stemmed from a belief that there wasn’t enough “justice” in the book (which, I know, is a very 15-year-old thing to think) and being frustrated by the magic realism elements, particularly around a scene towards the end, which involves a “spectral possession” of sorts.

So why did I revisit this book that I hated? A couple of reasons – like that I recently picked up a debut novel called ‘Everything I never Told You’ by Celeste Ng that reminded me of ‘The Lovely Bones’. They’re two very different books, but they share a core plot about the death of a young girl and the repercussions on the family … Ng’s opening line even reminded me of Sebold for cutting to the very heart of the matter: Lydia is dead. But they don’t know this yet. Compared to Sebold’s:

My name is Salmon, like the fish. First name: Susie. I was fourteen when I was murdered on December 6, 1973.

I really loved Celeste Ng’s book, so started to wonder if I’d likewise enjoy ‘The Lovely Bones’ upon re-reading ….

Then I stumbled across another book with a similar premise again. ‘Boo’ by Neil Smith, the blurb for which goes: “When Oliver 'Boo' Dalrymple wakes up in heaven, the eighth-grade science geek thinks he died of a heart defect at his school. But soon after arriving in this hereafter reserved for dead thirteen-year-olds, Boo discovers he’s a 'gommer', a kid who was murdered.”
This also intrigued me, and again got me wondering if I should revisit ‘The Lovely Bones’.

And, finally, I do believe that sometimes you can read a good book at the wrong time. Whether because you’re not in the right headspace, or you’re just not open to the enjoyment … there are a myriad of reasons why, some of which were highlighted for me in re-reading ‘The Lovely Bones’.

Upon re-reading this now, as a 27-year-old feminist (and not the 15-year-old who thought “feminism” was synonymous with “lesbianism” and scared of such implications) something that struck me in ‘The Lovely Bones’ was Sebold’s focus on male violence against women. She wrote a very grotesque and frightening rape scene that’s all the more powerful because it is no-holds-barred horrifying. I now know that Sebold’s 1999 memoir ‘Lucky’ is based around her being brutally beaten and raped when she was 18-years-old, and how that one event transformed her entire life. Susie’s rape and death at the hands of Mr. Harvey occurs in the opening chapter – it’s quite a visceral punch to reader’s guts, but apart from being a very real depiction of an event that happens with far too much frequency in our society, the horror of that moment really propels Susie’s vengeance throughout the rest of the book.

Sebold’s focus on male violence against women – sadly, Mr. Harvey’s character could have been inspired by countless men – is by no means subtle, it’s a powerful point she makes again and again. I don’t know what my reaction to this aspect of the story was as a fairly sheltered 15-year-old (probably along the lines of “that would never happen to me,”) but when I started re-reading this, the news was reporting on the terribly tragic death of 17-year-old Masa Vukotic, who had been randomly stabbed to death while out walking close to her home – in broad daylight. As I write this review, the news is focused on Ms. Vukotic again, this time because another teenage girl was recently sexually assaulted by a gang of men while walking home by herself … to which the local mayor responded; "I always have encouraged women not to walk alone, to have someone with them at all times, because that in itself is an invitation for someone to take advantage of you.” This reminded the public that after Ms. Vukotic’s murder, a Homicide Squad Detective said; "I suggest to people, particularly females, they shouldn't be alone in parks - I'm sorry to say that, that is the case.”

There is a second storyline in the book about a boy Susie had a crush on – Ray Singh, and a strange girl called Ruth Connors who Susie “touched” as she was leaving earth, so becomes inextricably linked to her in death. I was very anti-fantasy as a teenager, and had yet to discover the joys of magical realism (not until I read Isabel Allende in Year 12 would I be schooled), so this aspect of the book always frustrated me … the flights of fantasy in heaven I could live with, but Susie’s spectral connection to Ruth and her clinging to the boy she wanted left me cold.

Upon re-reading I’m still not entirely convinced of Ruth’s role in the book – but I loved that Ray remains in Susie’s sights. Again, it’s a heartbreaking facet to the age and way in which she was murdered that she still clings to the fantasy of Ray, like he’s a poster of a famous pop-star hanging on her wall – forever unattainable. I also appreciated Ray’s background as a British-Indian, which initially brings a touch of racial prejudice to the case, which certainly still resonates.

I also really loved the Salmon family, particularly that Susie’s parents handle her murder in very understandable if destructive ways. The person who really keeps it together is Susie’s younger sister, Lindsey – a strong character who initially frustrated me for all the ways she gets to live when Susie doesn’t. But a big realisation upon re-reading this book 12 years later is that ‘The Lovely Bones’ isn’t really about Susie – it’s about her family. If I felt frustrated by the injustices in the book, or Lindsey’s getting to live when Susie doesn’t – well, that’s kinda the whole point. Susie is our narrator, but she’s barely a character in the traditional sense. She is a bystander to the life she didn’t get to live;

At fourteen my sister sailed away from me into a place I'd never been. In the walls of my sex there was horror and blood, in the walls of hers there were windows. 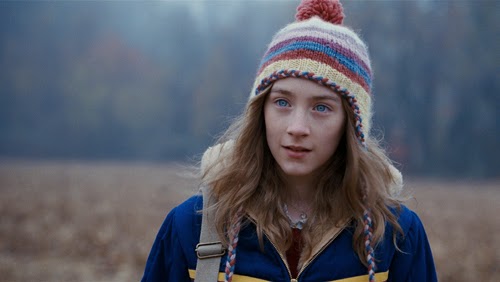 I may have been wrong about the book - but the 2009 Peter Jackson film is still a pretty awful adaptation ... even while Saoirse Ronan is near perfect as Susie and I don't hate Mark Wahlberg as her father. But the script is awful.

I cried buckets re-reading this book. It’s a real testament to Sebold’s deft hand that in a story so full of sorrow, the moment she wrung the most tears from me was one of profound joy:

At Evensong one night, while Holly played her sax and Mrs. Bethel Utemeyer joined in, I saw him: Holiday, racing past a fluffy white Samoyed. He had lived to a ripe old age on Earth and slept at my father’s feet after my mother left, never wanting to let him out of his sight. He had stood with Buckley while he built his fort and had been the only one permitted on the porch while Lindsey and Samuel kissed. And in the last few years of his life, every Sunday morning, Grandma Lynn had made him a skillet-sized peanut butter pancake, which she would place flat on the floor, never tiring of watching him try to pick it up with his snout.
I waited for him to sniff me out, anxious to know if here, on the other side, I would still be the little girl he had slept beside. I did not have to wait long: he was so happy to see me, he knocked me down.

I’m so glad I revisited ‘The Lovely Bones’. I’ve grown up a lot since I first read this book aged 15 – my new experiences bought a sharpened reading and powerful understanding to the tragic story of Susie Salmon. Now I’m wondering what other books I need to give a second chance to …