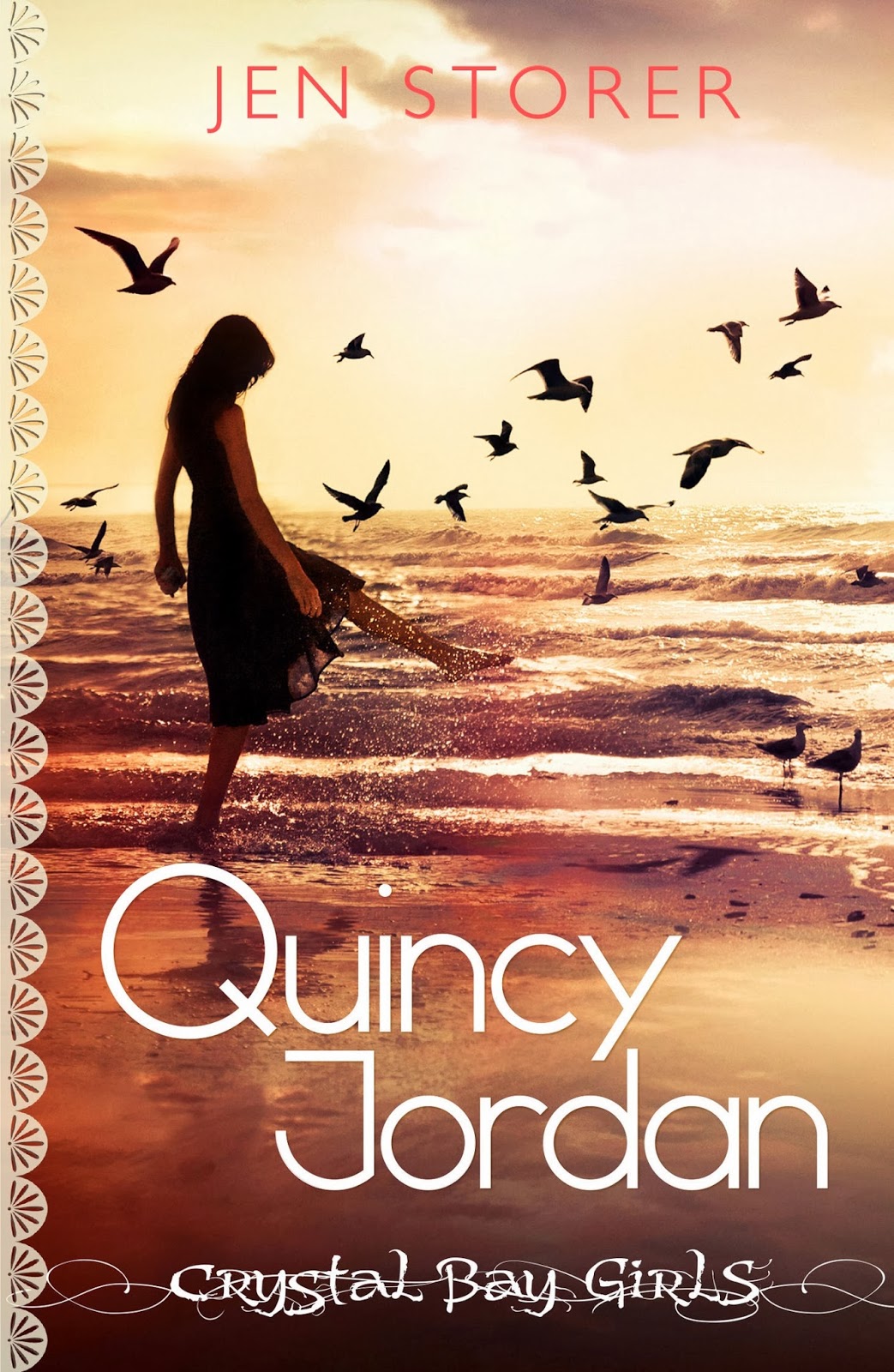 Quincy Jordan doesn't want to meet her hippie cousins and go to school in Crystal Bay. Her life in Sydney is perfect. She's going to save her parents' marriage, score perfect marks at school and become a surgeon. Her only regret is that she'll never be a fashion designer. But sacrifices must be made!

There's no way that Quincy is going to be 'Crystallised' – that is until her cousin Esme, the school musical and a cute boy called Harris change everything…

When Quincy Jordan’s life falls apart – her dad walks out, and her fiercely independent mother suddenly can’t get out of bed or wash her hair – Quincy is plucked out of her private Sydney girl’s school and sent to the seaside town of Crystal Bay. Quincy’s mum thinks this will be a good move for them, staying with the aunt and cousins Quincy has never met let alone heard much about.

Crystal Bay is the Byron Bay-esque town setting of this new series for readers aged 10+. The series is appealing to that “tween” market – who are often described as being ‘too old for toys, but too young for boys.’ It’s a hard readership to appeal to, particularly when they’re still too young for the gut-wrenching dramas found in John Green and Melina Marchetta novels, but swooning over Harry Styles and fascinated with what their teen-years will have in store for them. Jen Storer on her website promises the series will be filled with, "family, friends and fashion, romance, tears and laughter. That's Crystal Bay."

On the one hand, Jen Storer and Penguin Australia have pitched the ‘Crystal Bay Girls’ series and this first book beautifully. The ‘Quincy Jordan’ cover looks older-YA sophisticate (something young girls will appreciate) but at the back of the book there’s a cartoon rendition of protagonist Quincy (drawn by Viet-My Bui), as well as a French-vocab list and some stylist tips.

The story is also full of those melodramas and tangled webs that most young people think (and hope) their teen lives will be filled with. Quincy has a mean-girl nemesis at school, has just discovered a shocking truth about her father, bears witness to the breakdown of her parent’s marriage and is whisked away by her mother to the remote hippie town of Crystal Bay to stay with relatives she’s never met before.

On top of this, Quincy is battling inner-turmoil over her wish to become a surgeon (like her successful father … despite having an aversion to blood) while harbouring a secret flare for fashion and design. When she learns the reason behind her parent’s divorce, Quincy also has to come to terms with the idea that her father is not as perfect as she envisioned, and might actually be due some of her wrath.

There’s a lot going on and many threads woven throughout the story, but this is not quite Young Adult, so most of it’s surface tension. Like the interesting back-story set up about a former friend turned pretty mean girl – Satin St Clair. There’s clearly history between Satin, Quincy and best friend Jules (the three of whom used to be friends, until Satin got too pretty for Quincy and Jules, and moved on to the popular group). But once Quincy leaves for Crystal Bay that storyline is dropped off – the same way that the big, explosive storyline about her father leaving is only ever briefly touched on later in the book and never satisfyingly resolved (or, at least, on the way to some sort of détente). In place of real heart-to-hearts with her mother, or the dawning realisation that she is allowed (and has every right) to be angry with her father, the second-half focus of the book once Quincy and her mum move to Crystal Bay is on a cute (somewhat delinquent) boy called Harris.

And, that’s fine. Again, this is for female readers 10+ who will delight in the light flirtations of Quincy and surfer-boy Harris. But I wish that didn’t mean that the bigger storylines didn’t fall by the wayside – especially because second book in the ‘Crystal Bay Girls’ series is called ‘Romy Bright’ and focuses on a new girl. Will I ever know why Satin St. Clair (great name!) turned so viciously on her former besties? Will I ever get to read about Quincy confronting her father for the first time since he walked out?

I did enjoy this book, particularly Quincy as a private schoolgirl/fish out of water when she enters into the fray at Crystal Bay High. I can relate, having once been a wide-eyed private girl’s school student who was equally disturbed to go into University and have boys sitting in my classroom. I got a chuckle out of Quincy’s wry humour;


I never imagined there would be boys. There are boys everywhere. Little ones, big ones, dopey ones. Loud, crass, swaggering ones. It’s like every boy on the entire planet goes to Crystal Bay High. I so did not see this coming.‘Quincy?’

Esme is tugging at my sleeve. For a moment I have forgotten what we’re doing. I’m watching one boy with another boy in a headlock and a third boy is pouring bottled water down the headlocked boy’s back. No one in the entire school is blinking an eye. They don’t even glance their way, despite all the yelling. I am transfixed. I am studying them like a BBC nature expert: Only in an Australian school ground do we find this rare and only partially evolved species. Fera-simia. Feral ape. Approach with caution …


The ‘Crystal Bay Girls’ series will be a win for young female readers who aren’t quite ready to slow-dance with boys at the disco, but are already envisioning their teen horizons to be full of; boys, melodrama, parental suffering and grand adventures. It’s not perfect, but it’s a good start to the ‘Crystal Bay Girls.’

'Quincy Jordan' is available from all good bookshops from January 29.
Second book 'Romy Bright' will be published August 2014.